The 1967 Chevy Impala 427 SS is probably my favorite car of all times.  When you think of all of the great cars produced during the mid 50's to early 70's that says a lot.  The Muscle car era is my favorite and to me the '67 Impala 427 SS was the cream of the crop.  Now there were some that were faster and others were more popular but the long fastback styled rear end of the two door is just plain beautiful.  The mixture of power, beauty and luxury was a great combination then as well as now.  They sure don't make 'em like that anymore.

Don't forget to send images of your rides for my Visitor's Rides Page. 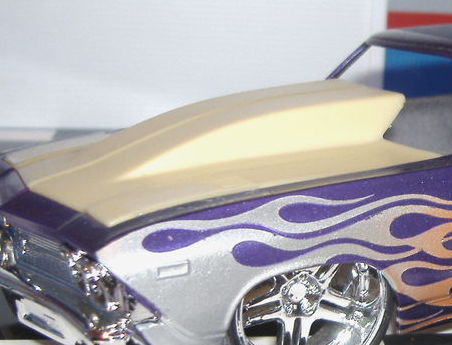 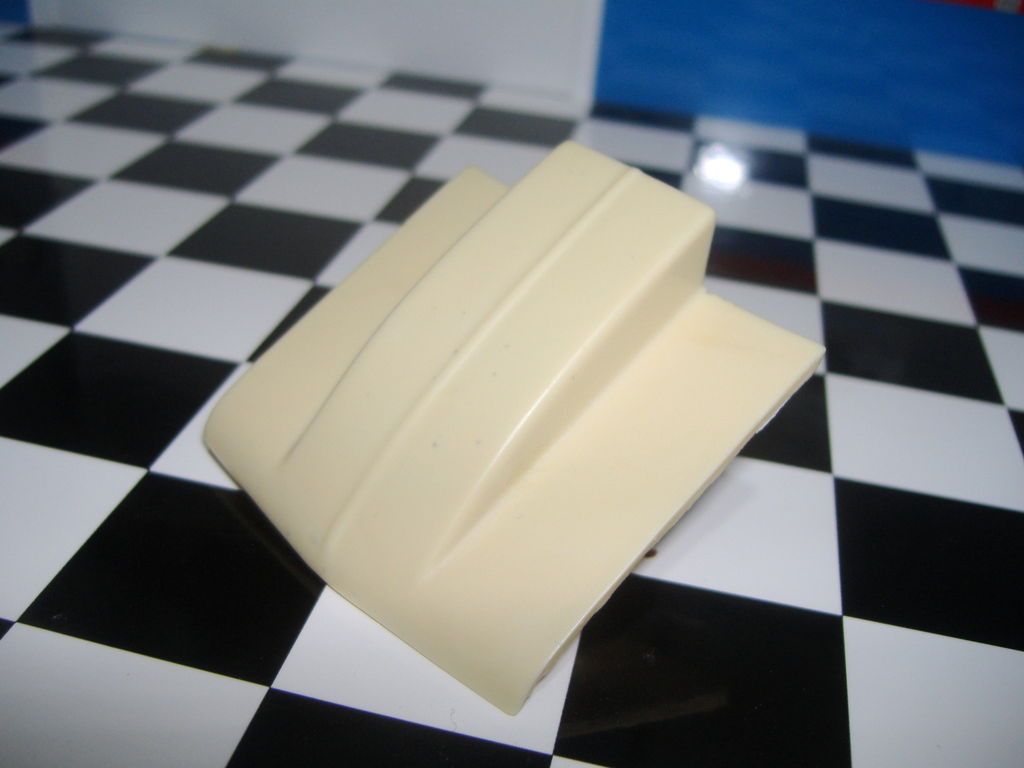 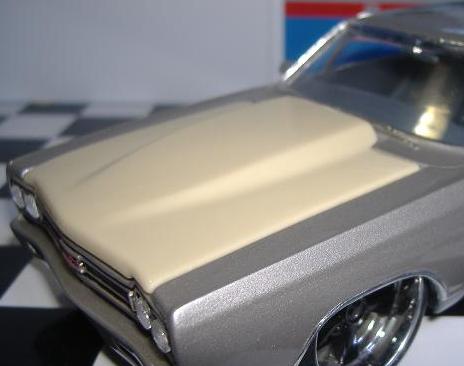 I wanted this build to not only be a monster on the track but also a head turner on the streets.  It had to reflect brute power as well as polished beauty.  For me, this car needed to be different.  I always liked the two tone paint styles of the '55 and '56 Bel Airs and wondered how it would look on a '67 Imp.  Well here it is and I think it came out quite nice.

First I tubbed the chassis and modified the rear end to accept the larger meats.  I then cut off the old gas tank and smoothed the chassis where it had been.  I modified the rear suspension using the kit pieces.  The front suspension for the kit was not originally steerable but I fixed that with some minor mods.  The ride height was lowered for that long and low look.  I used the front and rear rims and rear tires from the AMT '66 Nova Pro Street.  The front tires came out of the parts box.  The brake lines are from Lex's Scale Modeling.

The original engine was used but I added the hi-rise intake, carburators and velocity stacks from the reissued '72 Nova SS Old Pro by AMT.  I added a  MSD ignition and super coil as well as braided hoses and fuel lines. The ignition wires and brake lines are from Lex's Scale Modeling. 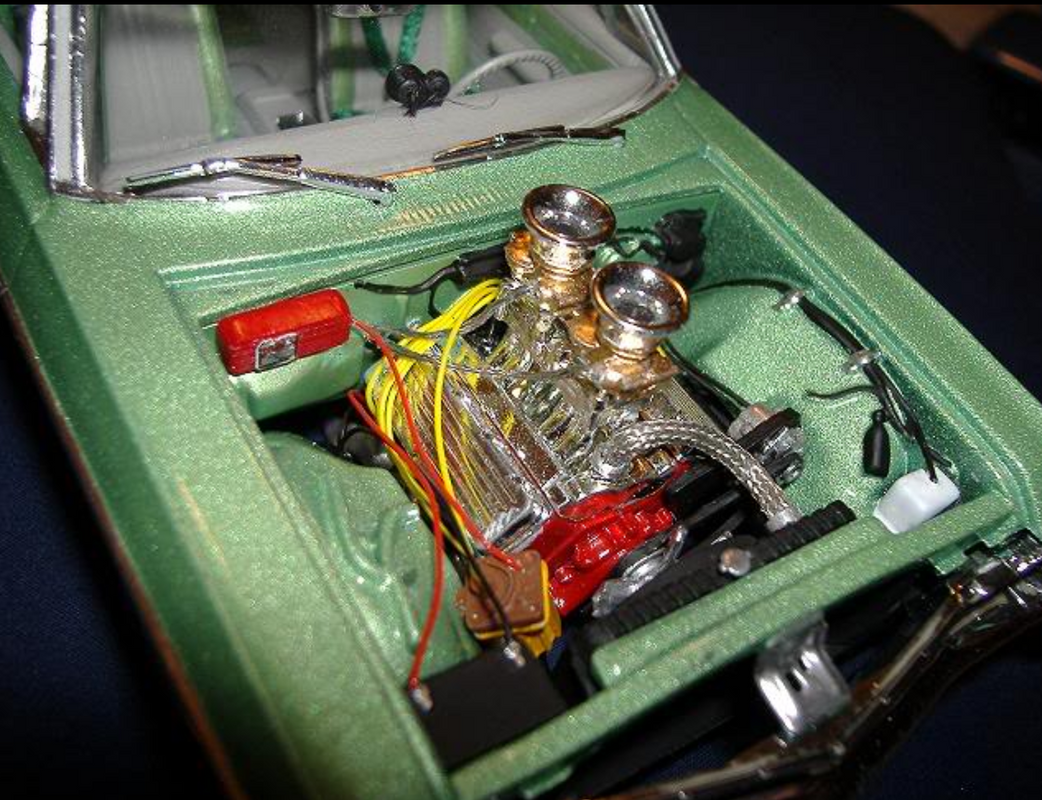 The interior is basically stock.  It was painted light ghost grey with detailing to match the exterior.  I did have to remove the package tray and fabricate a new one because of the extreme tubbing.  Gray flocking was added.  A scratch built roll bar was made and painted the exterior color which is Apple Green Pearl over a black base.  The pearl paint is by Paint With Pearl which will be available for sale at LSM in the near future.  I then added the racing belts from Lex's Scale Modeling.  All dials and instruments were detailed and a wired racing tach was put on the dash.  The trunk was opened and detailed.  I wired and detailed the kit supplied amp using hot and ground wires and real speaker wire.  The 12" subs are from Pegasus.  I hand made the fuel cell using sheet styrene from Evergreen.  It was then finished using Alclad II chrome paint. 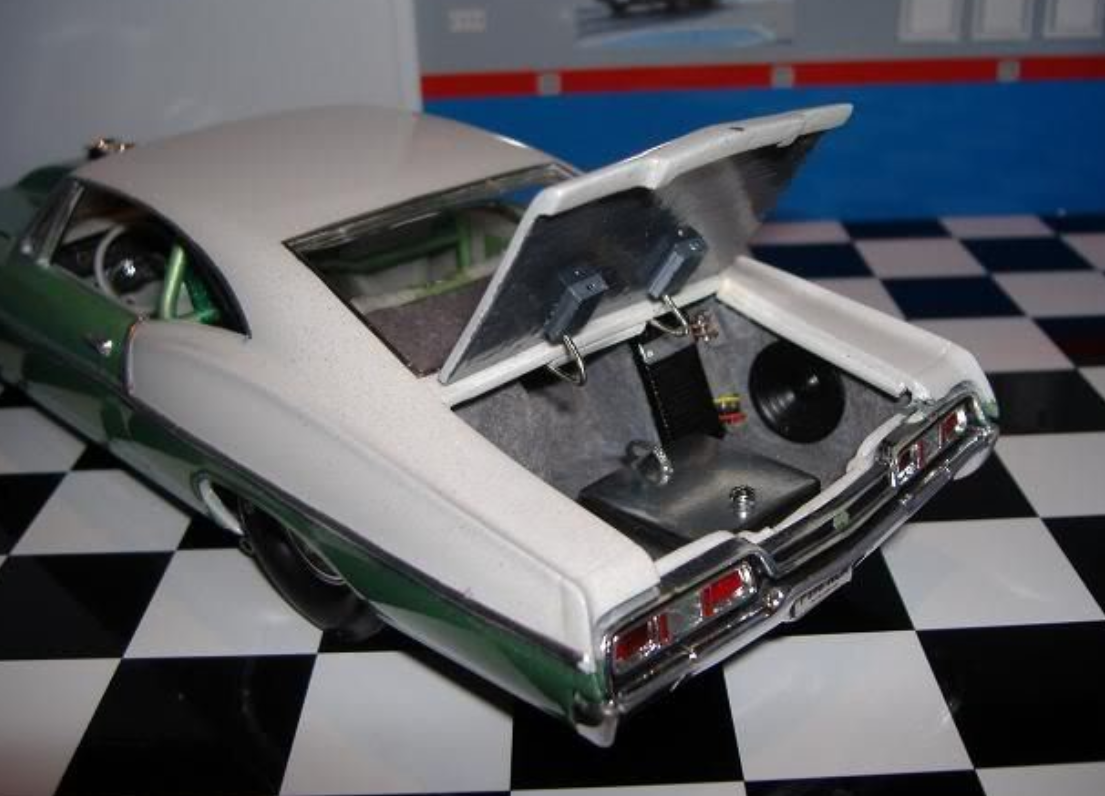 The exterior is immediately the most noticible feature of this car.  I achieved the unique look by cutting thin strips from styrene stock and applying them to the body in the fashion of the '56 Bel Air.  The body was then sanded and primed.  I then applied Dupli-Color white auto finish for the top, trunk and rear.  Paint with Pearl Silver Pearl Crystal was sprayed over the white.  For the green areas a black base coat was applied and several coats of Apple Green Pearl was sprayed over it.  After wet sanding and polishing, Bare Metal Foil was used for the chrome areas.  I have two hoods for this car.  The stock hood which was opened in the center to allow the carbs and velocity stacks to pass through is for the street.  The outlaw hood which is available here at LSM is for the track. 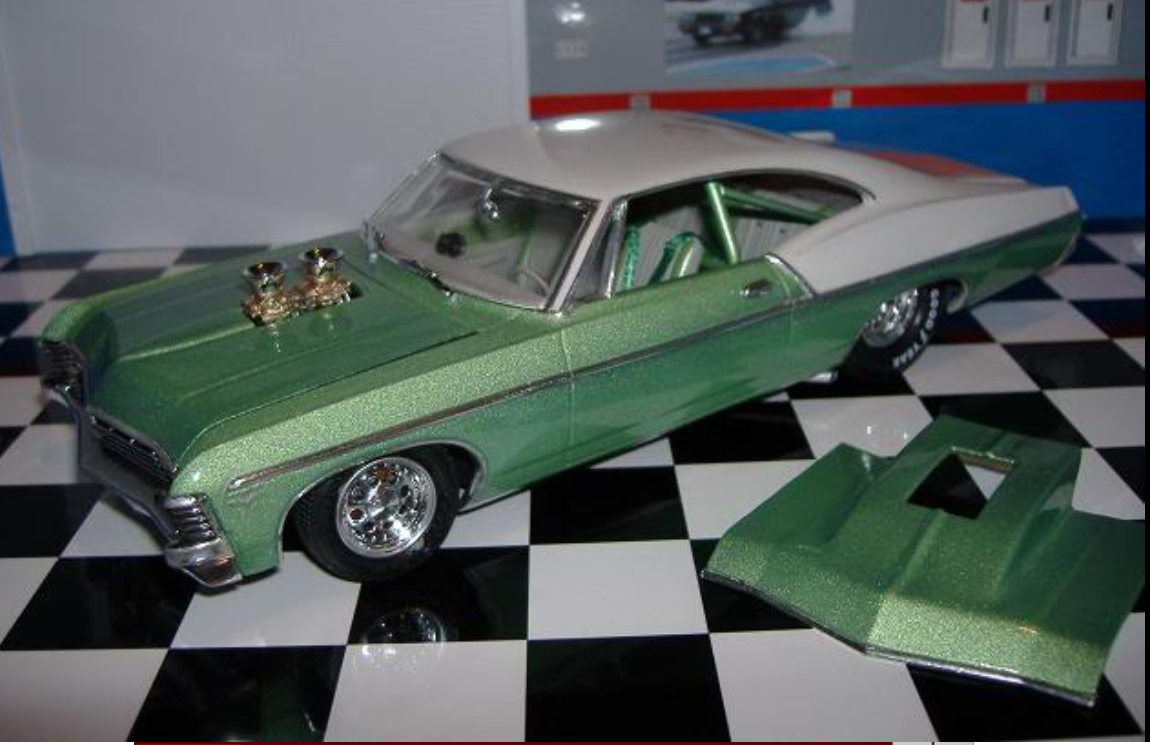